Essential elements of the G2 system are being evaluated in ESA laboratories, including key algorithms to synchronize satellite timing and determine orbits, as well as test versions of a GNSS receiver and emergency beacon.

Two independent families of satellites, totaling 12 G2 satellites, are being procured by Thales Alenia Space in Italy and Airbus Defence & Space in Germany. With their first launches due in the middle of this decade, G2 satellites will be much larger than existing Galileo satellites, and they represent a major technical step forward.

Backwards-compatible with the current constellation, the G2 satellites will incorporate numerous technology upgrades, developed through EU and ESA research and development programs. They will employ electric propulsion for the first time and host an enhanced navigation antenna. Their fully digital payloads are being designed to be easily reconfigured in orbit, enabling them to actively respond to the evolving needs of users with novel signals and services.

Algorithms at the heart of G2

At the heart of satellite navigation is the ability of the satellites to determine where they are in space and the precise time down to a few billionths of a second as they transmit their navigation signals. The greater the precision of these factors, the greater the accuracy of the positioning for users, because Galileo receivers take the time between the signals being transmitted and received and turn it into a measurement of distance. Signals from four or more satellites are used to pinpoint the receiver’s location.

The Advanced Orbit Determination and Time Synchronisation (ODTS) Algorithms Test Platform evaluates the advanced software that will perform these calculations for G2. Developed by Thales Alenia Space through an EU Horizon 2020 project coordinated by ESA, the platform is now installed and running in ESA’s Navigation Laboratory. The laboratory is based at ESA’s technical heart, the ESTEC establishment in the Netherlands, where it is helping simulate how the G2 satellites will operate in practice.

“This platform represents a dynamic, highly-performing environment for algorithm experimentation in both real-time and post-processing modes, using either real or simulated data,” said Francisco González, the project’s technical officer. “It contains the algorithmic core of Navigation for Earth Orbit Determination and Identification Segment, NEODIS, which is the suite of algorithms developed by Thales Alenia Space for precise orbit determination of the satellite constellation. These algorithms allow the real-time estimation of orbits and clocks, as well as the generation of Galileo navigation messages, with an estimated accuracy in the tens of centimeters.”

“Important evolutions aimed at improving the estimation of clocks and orbits are being incorporated,” said Gustavo Lopez-Risueno, head of ESA’s Galileo G2 System Engineering Unit. These improvements include: 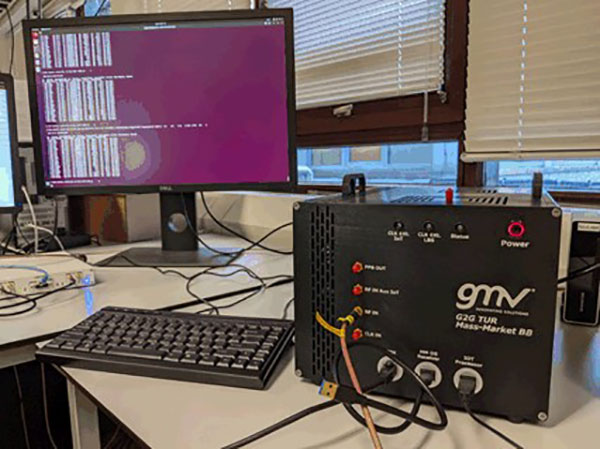 First G2 receiver up and running

Another outcome of ESA-led H2020 research is also up and running in the lab: the first G2 receiver prototype “breadboard,” developed by GMV.

“Its development has been key to supporting the fine-tuning and assessment of some signal design options we are considering,” said Jose A. Garcia-Molina, who leads the G2 signal-in-space design at ESA. “Representative mass-market receiver processing architectures and techniques have been considered to assess the final benefits a user would receive.”

“This first G2 receiver breadboard allows us to better understand the performance G2 can achieve in different user conditions, such as the urban environments in which many Galileo users are based today,” said Miguel Manteiga Bautista, who leads ESA’s G2 Programme.

Meanwhile, two parallel activities have been started for development of the G2 test user receiver. The receiver will be taken outside the lab for various test activities ahead of the first G2 launches, and then again for in-orbit testing and validation.

Like their first-generation predecessors, the G2 satellites will pick up emergency signals from beacons on Earth and relay them to a ground station, which will forward them to local emergency services. This contributes to emergency response saving more than 2,000 lives annually. 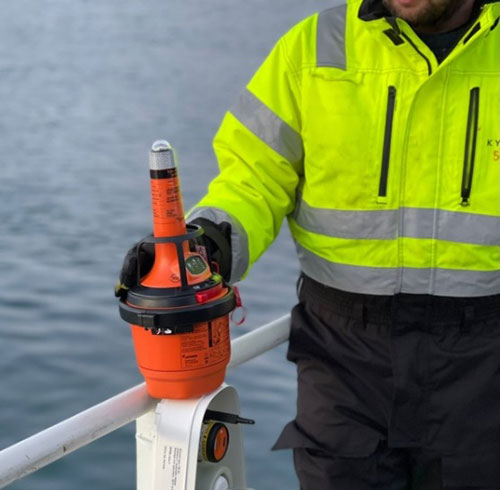 The new simulator to model the performance of these emergency beacons was developed over three years by Thales Alenia Space, under ESA leadership through a G2G System Engineering Technical Assistance Activity.

“Equipped with state-of-the-art signal generation and processing capabilities, coupled with a 200 W amplifier, this new simulator offers several enhanced functionalities over first-generation simulators, including the transmission of the new G2 beacons developed by the Cospas-SARSAT organization and the simulation of complex operational scenarios of up to 15 parallel distress beacons,” said Eric Bouton, ESA’s Galileo search and rescue engineer.

“Its development is really a crucial step to gaining a better understanding of the in-orbit behavior of Galileo’s First and Second Generation search-and-rescue payloads with the new waveforms of the G2 beacons and with the growing beacon population and associated alert traffic,” Bouton said. “It will be used for an initial test campaign already in preparation, and in the future to support the commissioning of all new Galileo search-and-rescue systems.”