Queen Elizabeth II, the second-longest reigning monarch in history, peacefully died at the age of 96 on Thursday, Sept. 8. Many people, even outside Great Britain, are currently mourning her recent loss.

Some individuals only knew slight information about the royal family. Little did they know that the Majesty has a special interest in gaming.

What video game console might have caught her desire to play games? Let’s find out. 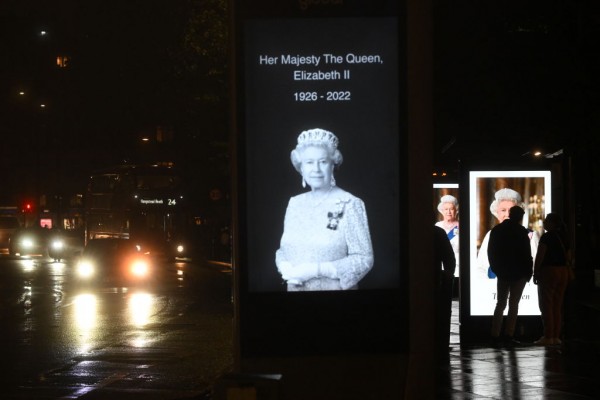 (Photo : Leon Neal/Getty Images)
LONDON, ENGLAND – SEPTEMBER 08: Digital advertising boards at bus stops adorned with images of Queen Elizabeth II are seen following her death on September 08, 2022 in London, England. Elizabeth Alexandra Mary Windsor was born in Bruton Street, Mayfair, London on 21 April 1926. She married Prince Philip in 1947 and acceded the throne of the United Kingdom and Commonwealth on 6 February 1952 after the death of her Father, King George VI.Queen Elizabeth II died at Balmoral Castle in Scotland on September 8, 2022, and is survived by her four children, Charles, Prince of Wales, Anne, Princess Royal, Andrew, Duke Of York and Edward, Duke of Wessex.

At present, you can buy different consoles everywhere. You can pick an Xbox or a PS5 if you prefer playing indoors. If you want to play outside, the best gadget to buy is the Nintendo Switch because you can carry it anywhere you go.

Before the era of the Switch, there was the Nintendo Wii. It made an immediate impact on the community upon its launch. The console became a form of recreation for people who wanted to stay fit inside their houses.

One of the most popular games of all time on the Nintendo platform is “Wii Sports,” as Den of Geek wrote in its report last April. Surprisingly, it’s the same game that piqued the interest of Queen Elizabeth II.

According to Wired, Prince Charles received a special gift from Kate Middleton in the form of a Wii. She gave a Christmas present to the royal citizen in 2007.

When the Queen learned about that, she tried to play the game for herself. That’s when she appreciated pin bowling games on a virtual platform.

The Majesty’s love for “Wii Sports” is out of the blue. No one expects her to show interest in this type of amusement.

As of writing, there’s no strong proof if the Queen has played other games outside “Wii Sports.” We have no idea if she has played “The Legend of Zelda: Skyward Sword” on the said gaming console.

Related Article: Formula 1 Sends Condolences to the Royal Family After Queen Elizabeth II’s Death: Majority of Teams Either British-Owned or have Bases in Britain

According to a story by SVG, a very special version of Wii is made for the Queen alone. Nintendo sought help from THQ Games to produce a 24-karat Wii in its “golden” glory.

The gold Nintendo Wii has reached eBay. It was sold by a seller named Donny for a whopping price of $300,000. Indeed, it was clear that only the royals could afford to buy this type of luxurious gaming machine.

Moving forward, the late Queen Elizabeth II was also fond of technology in the past. Tech Times reported that she was in charge of sending the first email through a military machine linked to ARPANET, a primitive computer network.

Additionally, she also spearheaded the launch of the official website of the royal family in 1997. A decade later, a YouTube channel for the family was created. You can see a lot of old clips on the channel, including the 1957 Christmas Broadcast.

This article is owned by Tech Times

ⓒ 2022 TECHTIMES.com All rights reserved. Do not reproduce without permission.