For more than seven years and three months, 36-year-old Nathan Copeland has lived with a brain-computer interface, which almost makes him a cybernetic being.

According to WIRED, Cooper holds the longest record for a person to have this kind of implant, as of Wednesday, Aug. 17.

He can control external equipment, such as a computer, video games, and a robotic arm that he can move by thinking, thanks to a surgically implanted electrode array the size of a pencil eraser that transforms his cerebral impulses into orders. 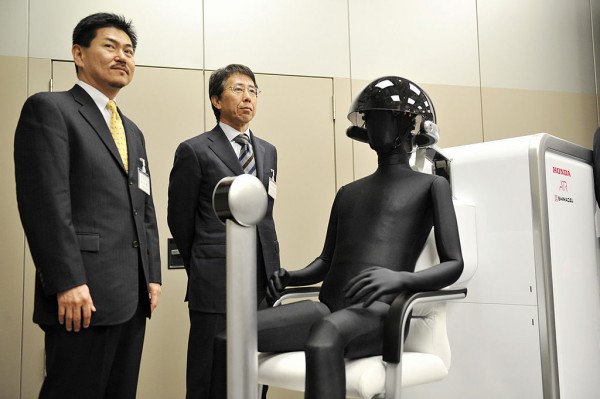 Copeland was rendered immobile and limbless due to an automobile accident in 2004, paralyzing him from the chest down. In order to find out if a brain-computer interface, or BCI, may help him regain some of the ability he lost, he took part in a study at the University of Pittsburgh in 2014.

Even though it would involve brain surgery and no one knew how long the gadget would remain functional, he didn’t think twice about joining.

This could indicate that the technology, which has been in the works since the 1960s but is still at the experimental stage, is getting closer to becoming a commercially available product for people with severe disabilities.

In total, Copeland has four active implants after receiving his initial array in 2015 and three more as part of the study. They are known as Utah arrays and resemble a hairbrush’s bristles, thanks to their hard silicon construction.

A typical array consists of 100 small needles that are each about a millimeter long, coated with a conductive metal, and arranged in a square grid, according to WIRED.

These arrays allow researchers to observe and record activity from hundreds of neighboring neurons because they generate electrical fields interacting with one another.

Researchers must convert these neural impulses into digital commands that enable the wearer to operate a prosthetic limb or a computer to create an actual brain-computer interface.

The BrainGate system that Copeland employs consists of an implanted array, a cable that connects a pedestal the size of a nickel on his skull to an external device that magnifies his neurological signals, and a computer with software to interpret those signals.

When Richard Normann was a bioengineering professor at the University of Utah in the 1980s, he first had the idea for the Utah array because he was trying to discover a means to restore vision. It has since evolved into the industry standard for research on brain-computer interfaces.

Matt Nagle, the first paralyzed person to receive a Utah array implant in 2004, could move a computer cursor, control a TV, check his email, and open and close a prosthetic hand.

In accordance with the guidelines of the study he was taking part in, Nagle’s implant was eventually withdrawn after a year. There are currently more than 30 study participants wearing implanted BCIs worldwide.

This article is owned by Tech Times

ⓒ 2022 TECHTIMES.com All rights reserved. Do not reproduce without permission.